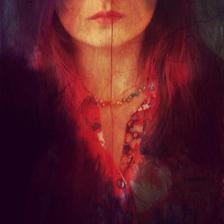 E_leaf
After graduating from Istanbul Bilgi University (Economics / BA) I spent a year in India, working as a fundraiser for an MBA university (www.isb.edu). It is there, that I realised my passion for documenting and living among different cultures.  I then went on studying in UK as an Mphil student on Social Anthropology at the University of Kent ( 2013).
I have  spent two years researching the human-environmental relationships between the cave dwellers of Cappadocia with their environments, dwelling spaces and pigeons. I have also  produced my first documentary film as part of the graduate thesis , which I called  “28 Days on the moon” ( January 2012).  Written and filmed by myself, the documentary plays a homage to my roots and ancestors in Cappadocia, Turkey. The film raises local perceptions on tourism development and advocates for the local livelihoods and different dwelling perspectives in a UNESCO World Heritage Site and Protected Area.